Reflections on the Libraries' Responses to Coronavirus, Resource Discovery and the Future 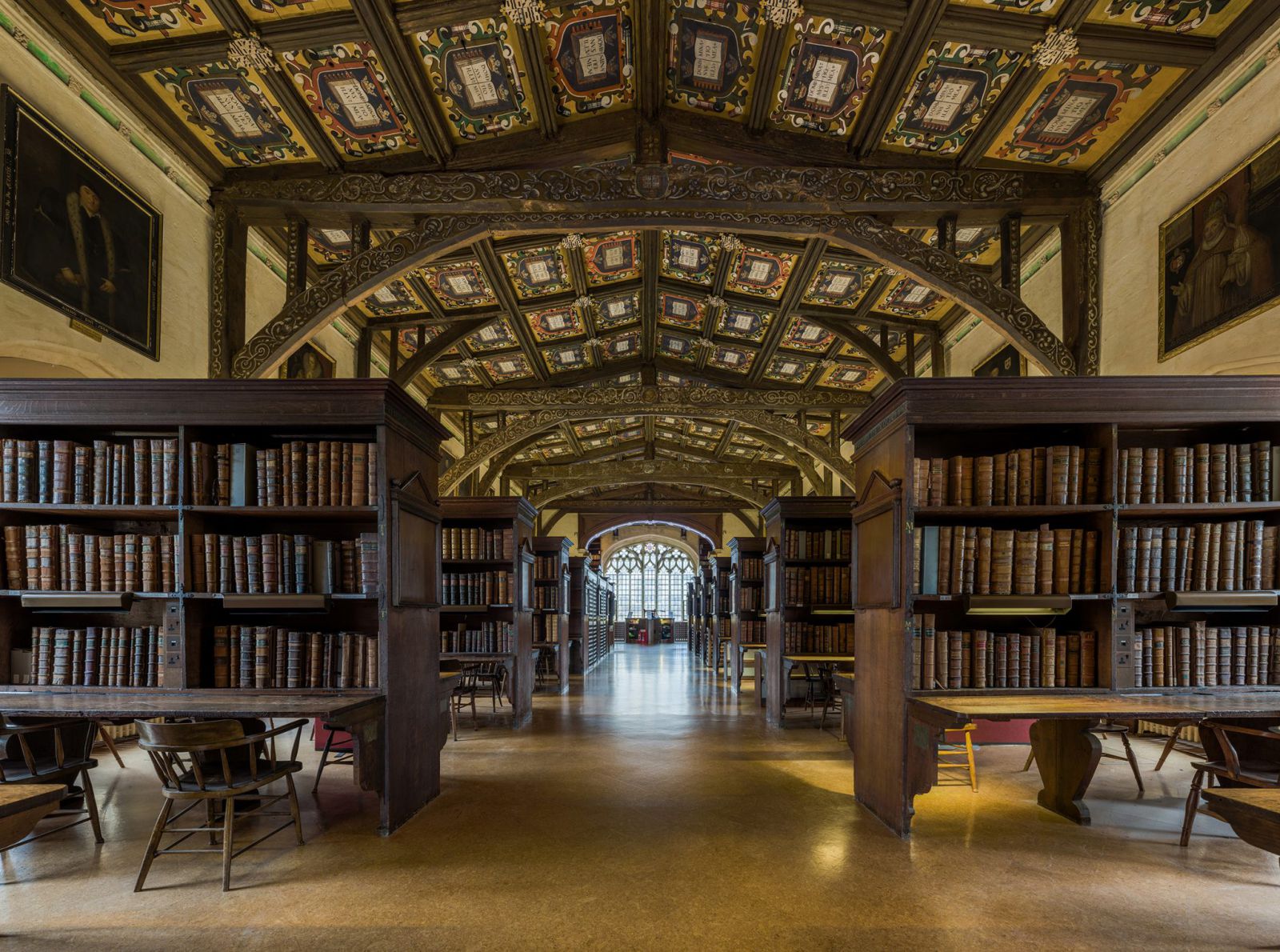 The events of recent months have had a huge effect on people’s lives across the whole world. In my workplace, physical library services have stopped completely, with no readers and no staff permitted to access buildings. The fundamental purpose of a library is to provide information to its patrons, and giving up the physical space and physical collection feels like it is opening up a huge hole at the centre of its operation.

I run the discovery service SOLO for the Bodleian Libraries, one of the parts of the modern library which is most electronic in nature. In many cases there are going to be electronic surrogates for paper material, but coverage will not be complete (especially in the case of archival collections), and license and/or copyright restrictions may make the surrogates inaccessible. The challenge which has faced library management and staff is to make as much as possible accessible electronically to patrons, while making it clear when an item is not available. It is for these purposes that discovery services can help. A recent and regularly updated blog post by Aaron Tay gives an overview of the ways in which libraries have responded to the crisis.

The Bodleian Libraries have been running a campaign to “Keep Oxford Reading”, which has aimed to put in new solutions that will allow continued access to as much material as possible, and publicise these changes to readers. The Bodleian Libraries face many of the same issues in doing this as other academic libraries around the world do, though there are some unusual features due to the nature of the collections.

In the first phase, the libraries in Oxford closed as far as patron access was concerned, though members of staff were still working in the buildings. The buildings have large collections of open shelf books, and these were the focus of the first phase of keeping Oxford reading. Patrons were able to send in requests for items, and the material was scanned (using photocopier/scanner machines already in the libraries) and sent back to them to use, subject to copyright restrictions limiting the amount which could be copied. This service took a couple of days to set up, and it ran for only three full days before the libraries were closed to staff as well. During that time, it processed over a thousand requests. An existing scanning service, which provided material from the Bodleian Storage Facility off site, also sent out hundreds of scans over this time. Normal circulation was suspended, as patrons could not access collection points, and the normal renewal and overdue rules were relaxed, so that no fines would be received by people unable to return books. Unfortunately, access to the large collection of archives and rare books at the Bodleian Libraries had to be suspended when the libraries were initially closed to patrons, leaving the digital surrogates at http://digital.bodleian.ox.ac.uk/ as the only reminder of what could be seen.

One major part of electronic book and article collection at the Bodleian Libraries, the electronic legal deposit (ELD) items, have strict restrictions on their use. They are part of the legal framework enabling publishers in the United Kingdom to deposit their books and journal issues in digital form. Material can only be accessed from computer terminals physically inside the Bodleian Libraries, and access to any one item is limited to one user at a time (to mimic the one reader limit which comes from only having a single copy of a physical legal deposit book). This material, amounting to about 500,000 eBooks and 5 million journal articles, has effectively been unavailable since the library buildings have closed. The restrictions on access have always confused patrons, and the closure has prompted renewed calls to open up the ELD collection to general access. Unfortunately, the legal deposit libraries cannot do this unless they are granted the right to do so, so the best that librarians can do is apologise to readers. But, there is a way to make access to articles easier without breaking the law…

Even though the ELD collection cannot be made generally available, it is with our electronic resources where the biggest changes are being made, a common factor amongst most academic libraries, as publishers are making many collections freely available on a temporary basis. Some idea of the scale of this generosity can be seen from Jisc’s work in collaboration with Kortext, or in Ex Libris’ list of temporarily free collections. Not all of the newly released collections are universally welcome. The Internet Archive has released a large collection of books for free, but many of the books are within copyright and authors are not happy that they will not receive recompense for the use of their works. In general, though, the changes are welcomed by patrons and librarians alike.

From the librarian point of view, the challenge is going to come later, when the now free resources are no longer available: some may become part of our paid for subscriptions, others may conceivably remain freely available, but most are likely to need to be removed, and not just from SOLO, but from other locations such as reading lists where these items may have been referenced. To make the identification simpler, changes have been made to distinguish these ebooks in SOLO, and editors of reading lists will add a note when they are added there.

Many patrons of the libraries do not utilise SOLO, though it is one of the busiest websites in the University. As Lorcan Dempsey said, “Discovery happens elsewhere”. There are changes which can be made to auxiliary services run by the library which can help these users.

Already mentioned, ORLO (Oxford Reading Lists Online) is the name given to our Talis Aspire reading list service, which was, at the end of February 2020, not yet launched to every department in the University. To help students without access to physical materials, the decision was made to allow every academic department in the university to put their reading lists into the system with library staff support. The preferences for reading list items were already to use electronic copies first, but more effort is being made now to provide as many electronic versions of texts as possible. A major change from the point of view of the Bodleian Libraries, but one which will be invisible to patrons, is the introduction of eBooks with patron driven acquisition for the first time.

Browzine and the associated tools LibKey and LibKeyNomad are used by many academic libraries around the world. While Browzine provides a useful central tool for researchers to manage their reading of journals, it is LibKey, the integration of Browzine data into discovery systems, which is of importance in the current situation, especially for a library with ELD content. With Libkey in SOLO, it is possible to see links to article downloads and journal links for items where the metadata contains, respectively, a DOI or an ISSN. The importance of this to ELD is that it enables SOLO to highlight where a restricted content article can be obtained legally because the Bodleian Libraries also pay for a subscription to the article or journal, as in the screenshot below. As well as this, the route for a searcher to download the article they want to read is shortened. These benefits led to the decision to purchase Browzine, which was being trialled by the libraries at the point when everything changed.

Not all of the changes to the way the libraries operate have been directed at helping readers to continue with their research or learning. Working from home has proved challenging for many library staff members who are not accustomed to doing so. Challenges include a lack of equipment (and in many cases, no previous need for the technical knowledge needed to set up a place to work), slow connectivity, the difficulty of organising a space to work with family and pets, and for many, significant changes to the work to be done. Tasks such as shelving or conservation make little sense away from the physical library spaces and collections - this is a challenge for library managers to solve. There are plenty of online resources to help including this helpful guide from Merrilee Proffitt but of course they will be of limited assistance if actually getting online is a problem.

It is as yet unclear how long the coronavirus crisis will last. As I write this, reports are appearing suggesting a second peak later this year, and the likelihood of some restrictions on social contact for up to a year . So far, organisations from governments down to small businesses have continued by tapping into financial reserves and ignoring standard budgetary restrictions. Clearly, there is a limit to any organisation’s ability to do this: what will happen when the spare cash runs out? It may well be that by that point the fate of libraries will be the least of our worries. In a less pessimistic scenario, what this will mean for libraries would be that the current move to electronic content and delivery will have become normalised: this is how academics and students will expect to work, and libraries will need to cater for this, in line with comments by comments by AA President Edmund King to the BBC.

This has implications for what will happen when things do eventually return to some semblance of normality. The services currently being implemented are expected to be temporary – free eBook collections in particular are not something which publishers can afford to provide forever. But at the same time, expectations will have changed, and libraries need to be prepared for demands for digital versions where none exist or where temporary ones will be withdrawn. Archivists and researchers who wish to use (physical) archives will basically have had a year taken out of their work. Budgetary priorities will have to change. But libraries will remain fantastic places to work and socialise (quietly!). There will be a return to life for library buildings.

Libraries have made many changes to their services over the last few weeks to support readers who are unable to access services in person. Although librarians are often stereotyped as old fashioned and inflexible, the responses to the coronavirus crisis show a willingness to adapt rapidly and try new ideas out. This is surely driven by their loyalty to their libraries, collections and patrons, something which I hope will not be forgotten when the crisis comes to an end.

Dr Simon McLeish is employed as the Resource Discovery Architect for the Bodleian Libraries at the University of Oxford, a post which combines management of the SOLO discovery service and other aspects of library IT with research into resource discovery. He is the editor of Resource Discovery for the Twenty-First Century Library,to be published by Facet Publishing in June 2020.

Re imagining Library Marketing and Engagement – Six Insights Develop Your Understanding of Library Leadership During Uncertain Times An Author’s Experience of Preparing an Index: A Case Study The Distanced Researcher: How Visual Methods Can Support Our Work in the New Covid World Reflections on the Libraries' Responses to Coronavirus, Resource Discovery and the Future