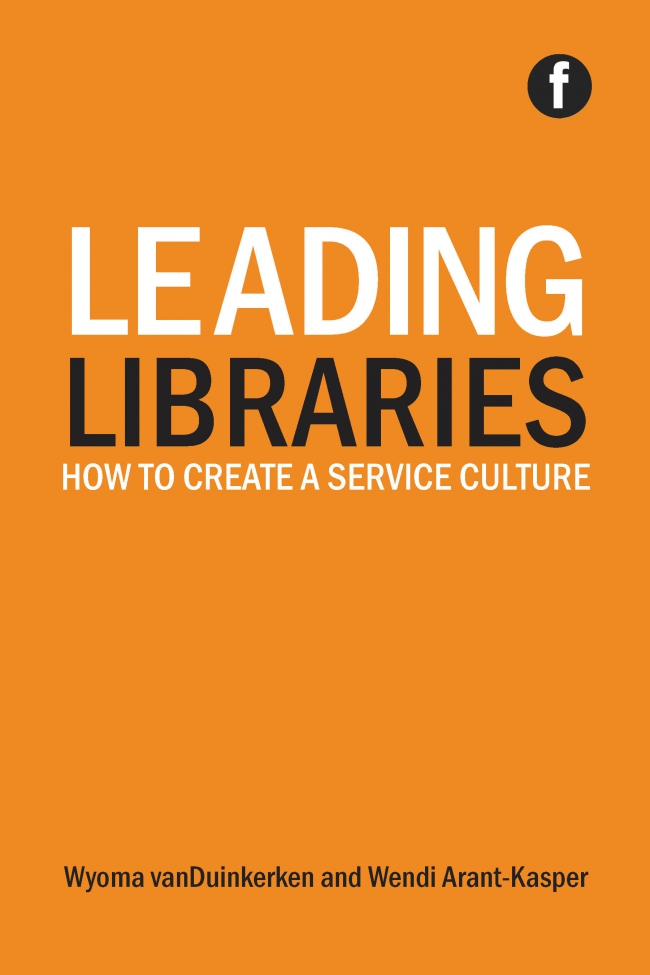 Leading Libraries: How to create a service culture

This book seeks to explore leading in libraries, not leadership in terms of authority, but emphasising the act of leading, with a focus on what it means to lead, the acts and behaviours that are needed and how they impact on a wider organisation.
Leading Libraries uses examples and case studies, along with reflective exercises, to show how a commitment to a service in libraries looks in action. The authors argue that commitment to service is mandatory in libraries and offer practical tools and tips for exercising leadership skills and leadership behaviours to help realize this.
Topics covered include:

This book will be useful for information professionals and aspiring leaders seeking to understand leadership and to develop their own service-lead leadership.

Wyoma vanDuinkerken received an MLIS in 2000 from the University of Illinois-Urbana Champaign and an MA in Islamic studies in 1997 from McGill University, Canada. She joined Texas A&M University in 2004 and received tenure in 2010. She is currently the director of the Joint Library Facility but has held a number of additional roles at Texas A&M University Libraries, including coordinator of Cataloging Record Support, coordinator of Acquisitions Monographs, reference librarian and administrator of Virtual Reference. Her research interests include virtual reference, project management, acquisitions, organizational change management, servant leadership, and library administration. She has written numerous articles and book chapters, and she just completed her first monograph. She served as coeditor-in-chief for the Journal of Academic Librarianship. Wendi Arant Kaspar received an MLS from the University of Washington in 1994 and an MS in Human Resources Management from Texas A&M University–College Station. She joined Texas A&M University in 1996, received tenure in 2002, and was promoted to professor in 2011. Her research interests include human resources and management in libraries, innovation in library services and outreach. She has written numerous articles and book chapters and has served as coeditor of Library Administration and Management and coeditor-in-chief of The Journal of Academic Librarianship.