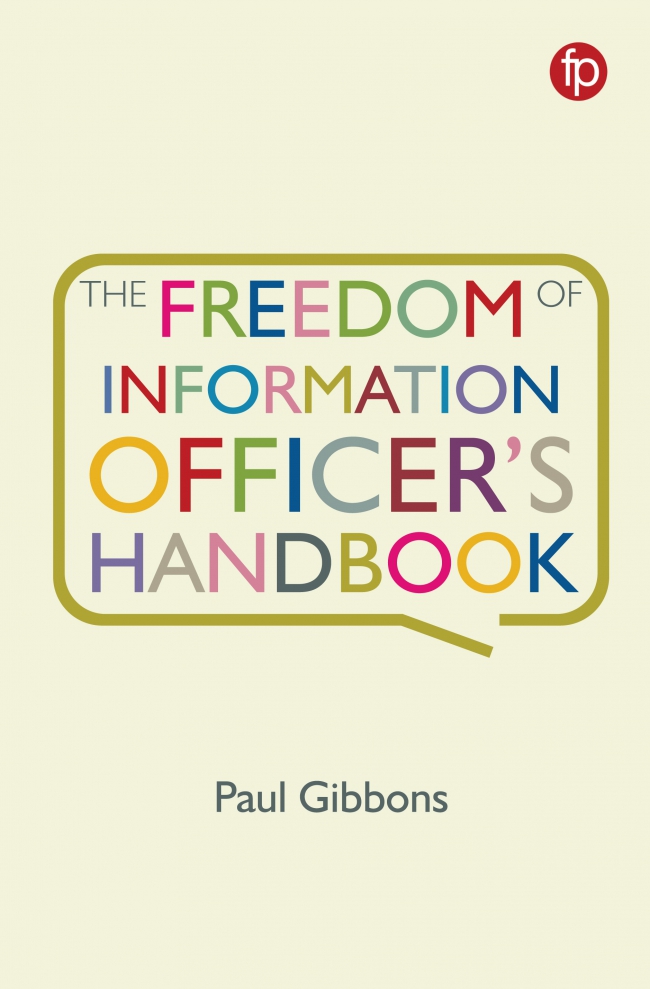 The Freedom of Information Officer's Handbook

Freedom of information (FOI) is now an international phenomenon with over 100 countries from Albania to Zimbabwe enacting the right to know for their citizens. Since 2005, the UK's Freedom of Information Act has opened up thousands of public bodies to unparalleled scrutiny and prompted further moves to transparency.

Wherever the right to know is introduced, its success depends on the way it is implemented. In organisations worldwide, FOI only works because of those who oversee its operation on a day-to-day basis, promoting openness, processing requests and advising colleagues and the public. FOI is dependent on the FOI Officers.

The Freedom of Information Officer's Handbook is a comprehensive guide to FOI and its management. It is designed to be an indispensable tool for FOI Officers and their colleagues. It includes:

The Freedom of Information Officers' Handbook includes the latest developments in FOI including amendments made to the UK's FOI Act by the Data Protection Act 2018 and the revised s.45 code of practice published by the Cabinet Office in July 2018.

1. A brief history of freedom of information
2. Understanding the Act
3. The exemptions in the Freedom of Information Act
4. The FOI officer's toolkit

5. The Environmental Information Regulations
6. The Freedom of Information Act, personal information and the GDPR
7. Records and archives
8. Publication schemes and proactive disclosure
9. Copyright and re-use of information

Paul Gibbons is an independent consultant and trainer specialising in information rights. He is best known for his FOIMan blog which he began writing in 2010 reflecting on his own experiences of implementing FOI in three very different public authorities: the Greater London Authority, an NHS Trust in south-east London and SOAS, a college of the University of London. Before getting involved in FOI, Paul completed a Masters in Archives Administration at Aberystwyth University, going on to work for many years as a records manager in the pharmaceutical industry, local government and in the Houses of Parliament. He was later awarded an LLM with distinction in Information Rights, Law and Practice by the University of Northumbria. In addition to the continuing FOIMan blog, he writes a regular series of articles for the Freedom of Information Journal and has also featured in the Daily Telegraph and Times Higher Education Magazine. In the past he has contributed articles to the Records Management Journal and the Journal of the Society of Archivists (as it then was). He is a member of the examination board for PDP's Freedom of Information Practitioner Certificate and is regularly invited to speak at conferences and other events on FOI, data protection and other information rights issues.

'Comprehensive, authoritative, definitive, exceptionally well organized and presented, "The Freedom of Information Officer's Handbook" is a complete and thoroughly 'user friendly' instructional guide and reference for anyone charged with FOI responsibilities and responses to requests. An essential and core addition to governmental information policy maker reference collections, "The Freedom of Information Officer's Handbook" is essential reading for all journalists and is unreservedly recommended for community, college, university collections.'- Able Greenspan, Midwest Book Review

'The book is an absolute must read for staff new to FOI (and new to complex UK legislation) as they navigate their way through this new world and language. However, it is also a wonderful resource for more experienced staff to dip into as and when required. Every FOI Officer should have a copy on their desk.'- Lynn Wyeth, Head of Information Governance at Leicester City Council, Freedom of Information Journal